The article describes the political and economic contradictions underlying the Seattle conference of the WTO. He outlines that the US aimed at a further liberalization of world markets in order to stabilize the national economy which is exposed increasingly to threats of financial instability. The Anti-WTO movement is fragmented; three major parts exist: labout movement, the greens and the internationalists. As O’Conner points out the discussion between these differnt movements were dominated by considerable differences of opinion; further more labour and the greens face free rider problems, which hamper building up an independent Anti WTO movement. 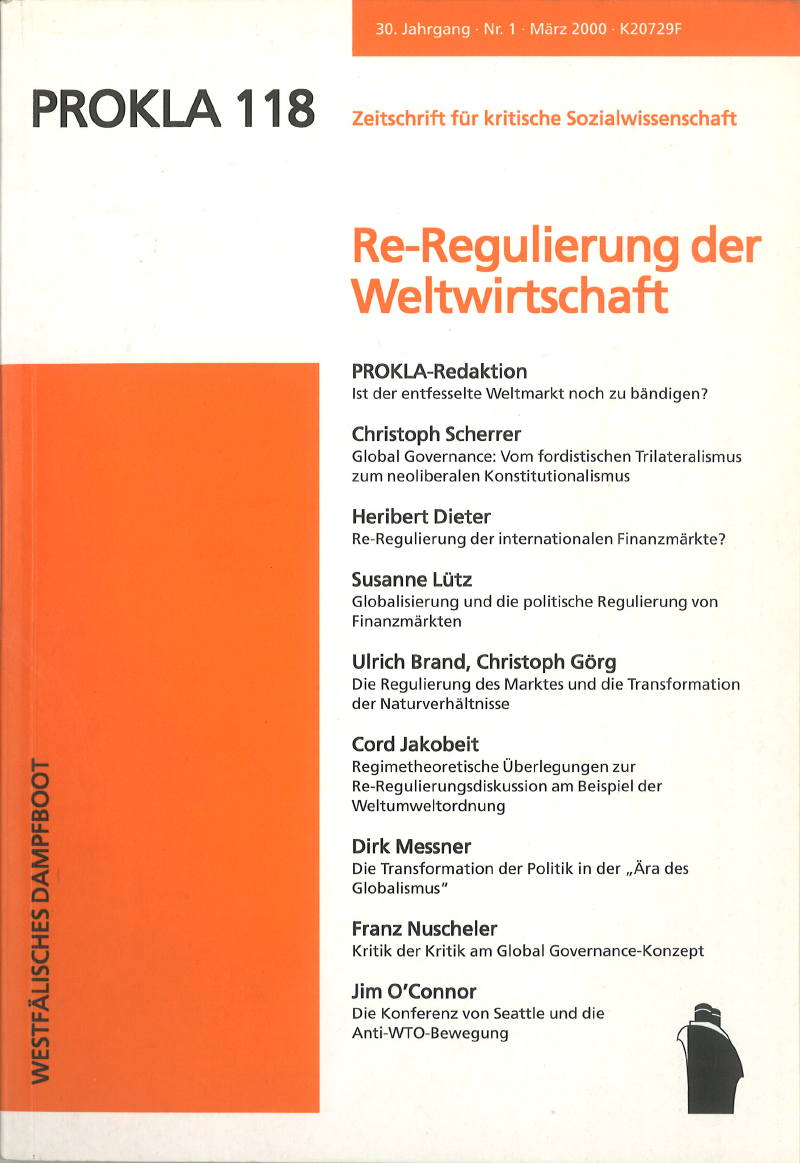