The paper argues that both the deepening of the EU, and the concrete form of its eastward expansion is motivated by an overarching project of neoliberal restructuring at the EU level, initiated by the forces of an emerging transnational capitalist class. Whereas the deepening project could be developed into a precarious hegemonic constellation, and resulted in an „embedded" neoliberalism, the EU has exported a much more market- radical variant of neoliberalism to the applicant states. This serves best the interest of those actors who seek to capitalize on differences in social and wage standards, and moreover helps to prevent distributional conflicts within the EU. East European reform elites are not prone to resist the unequal terms of Europeanization: They seek to secure extemal rationales for economic restructuring and to solidify transnational economic ties and political influence. 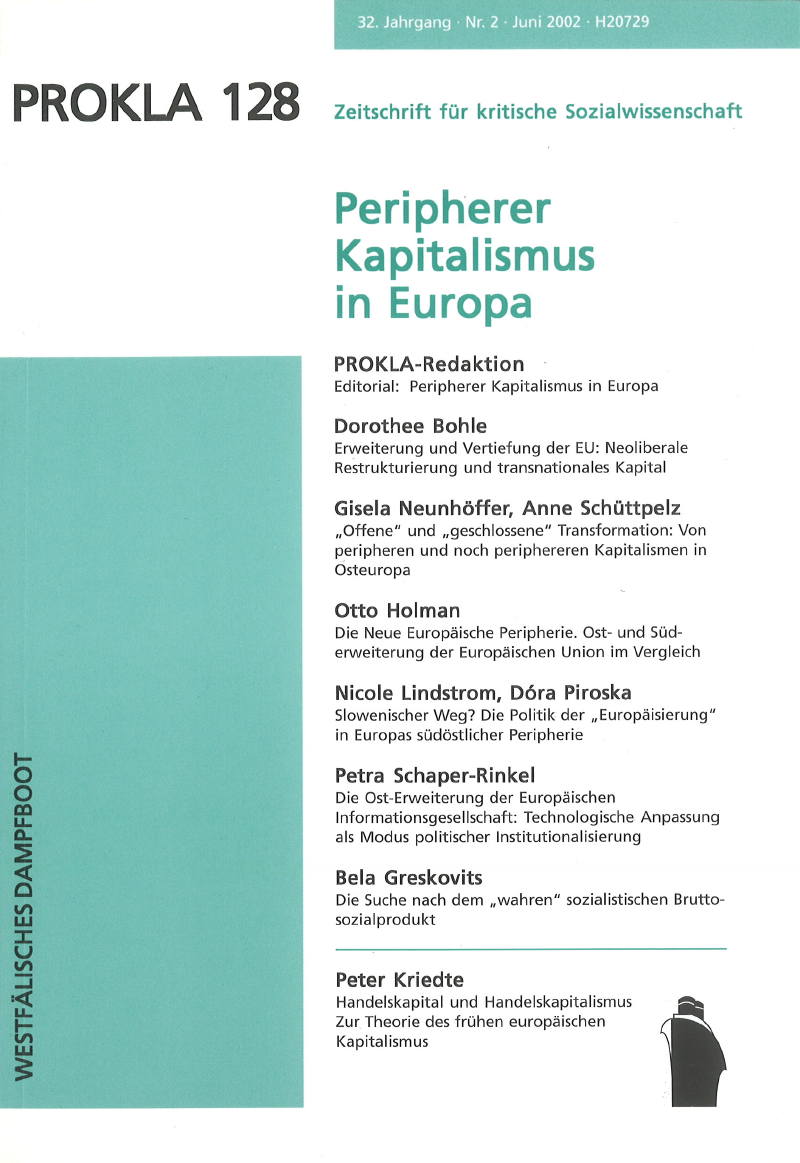