The tradition of reducing state analysis to the detection of elements which differentiate capitalist states from states in other historical epochs has been criticized by the participants of the socalled derivation debate. They endeavoured to derive the political form of capitalism from capitalist social relations. Since these conceptions did not translate into research agendas for concrete historical transformations regulation theory became widely accepted. Recent developments provoked debates on the relationship between the plurality of capitalist states and the world market. It might be useful to try to reformulate central questions of the derivation debate by taking into consideration historical developments. 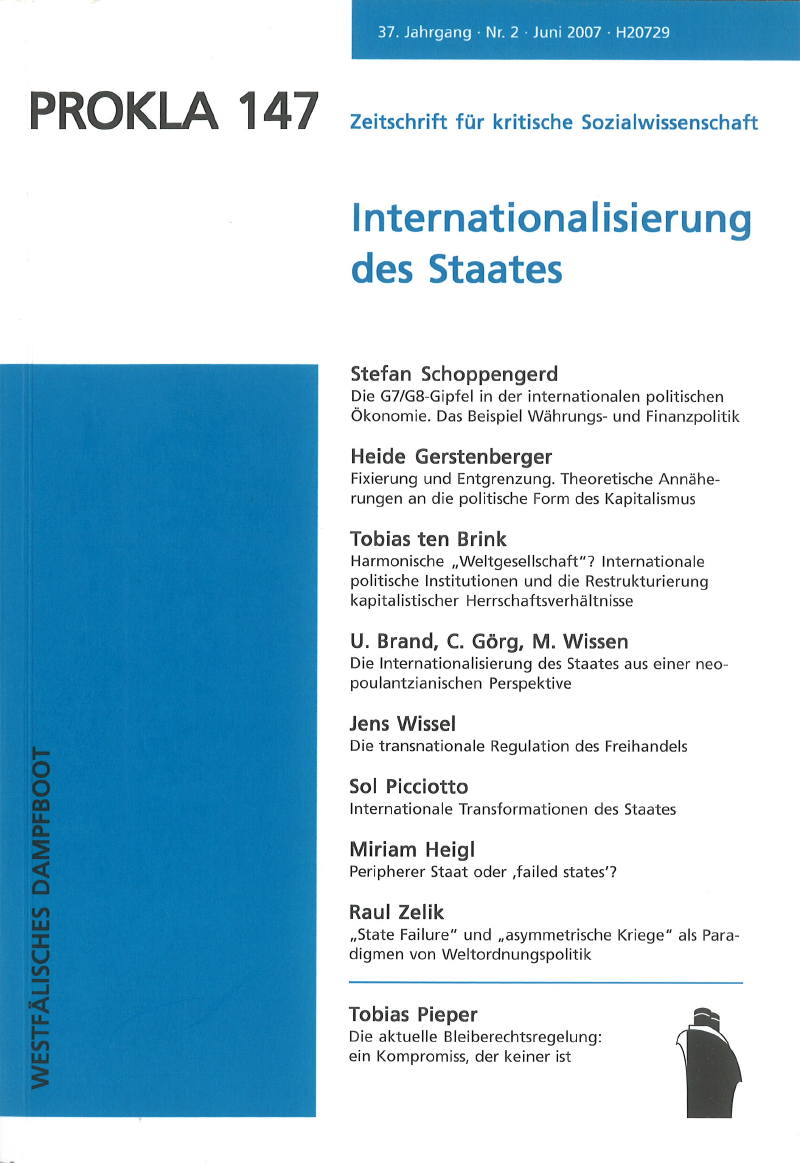