The article explores the relationship between the changes within the capitalist mode of production since the political and economic crisis of the 1970s and its possible effects for the recent tightening of surveillance and control in the pri vate sector as well as in the states' homeland security policies. It is argued that beside these economic changes within the societal relationship of forces, neo-conservative and neo-Iiberal strategies have to be considered, which, when we take them all together, even regarded from a viewpoint of capitalism itself, often seem to be dysfunctional. Therefore left-wing counter-strategies should not fall into the trap to take the proclaimed Orwellian Big-Brother ideologies for granted. 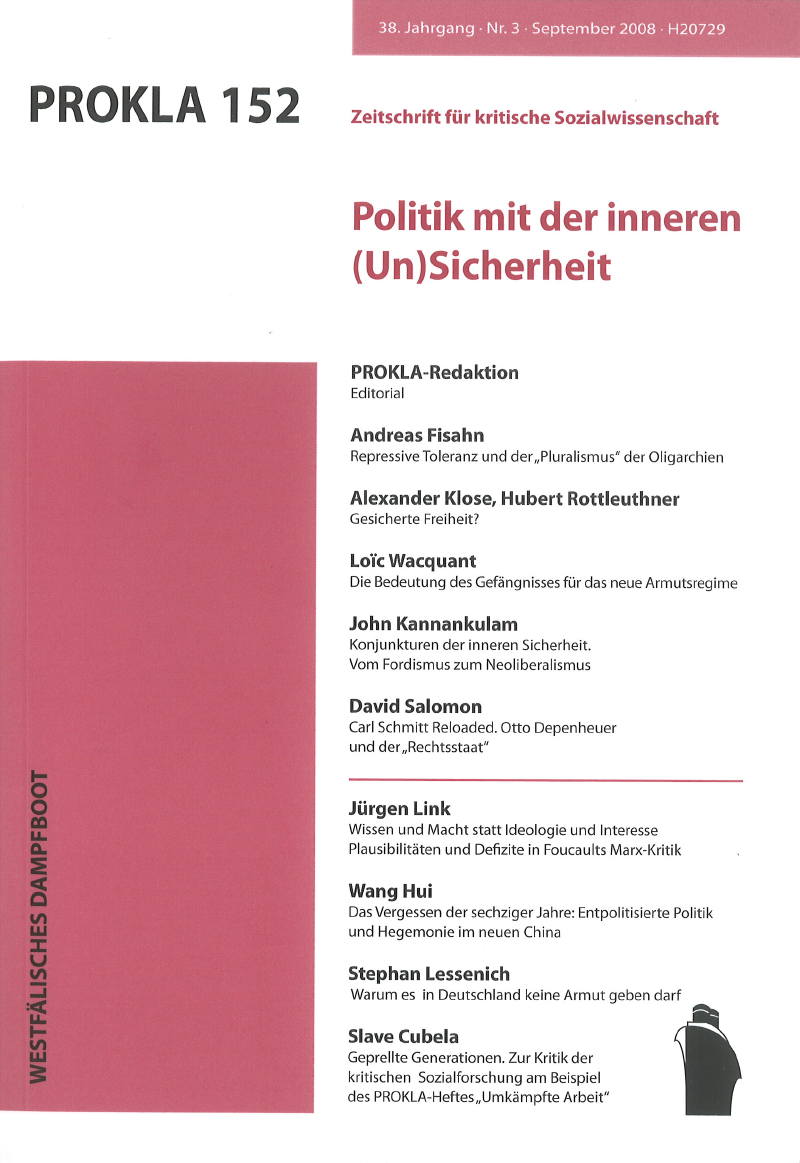