According to common wisdom, the great depression of 2008/2009 is rooted in a financial crisis that spread from the US to most other parts of the world. This interpretation is challenged. Using theoretical concepts of David Harvey and Giovanni Arrighi, the current crisis is analyzed as a switching crisis from one global spatial fix of capital accumulation to another. First, the economic power shifts from the West to semi-peripheral states in East Asia as well as other world regions are identified as one major reason for the development of structural imbalances in world economy. It is analyzed how the structural imbalances – especially between China and the US – tended to deepen the US housing bubble. After the bubble had bursted, the crisis hit different world regions in a different manner. China and other emerging nations in East Asia as well as in South America were able to withstand the crisis due to large stimulus packages, whereas the EU, US and Japan have been deeply affected. The transition in global political economy will be even speeded up by the crisis. Finally, different scenarios of a new map of global power are discussed. 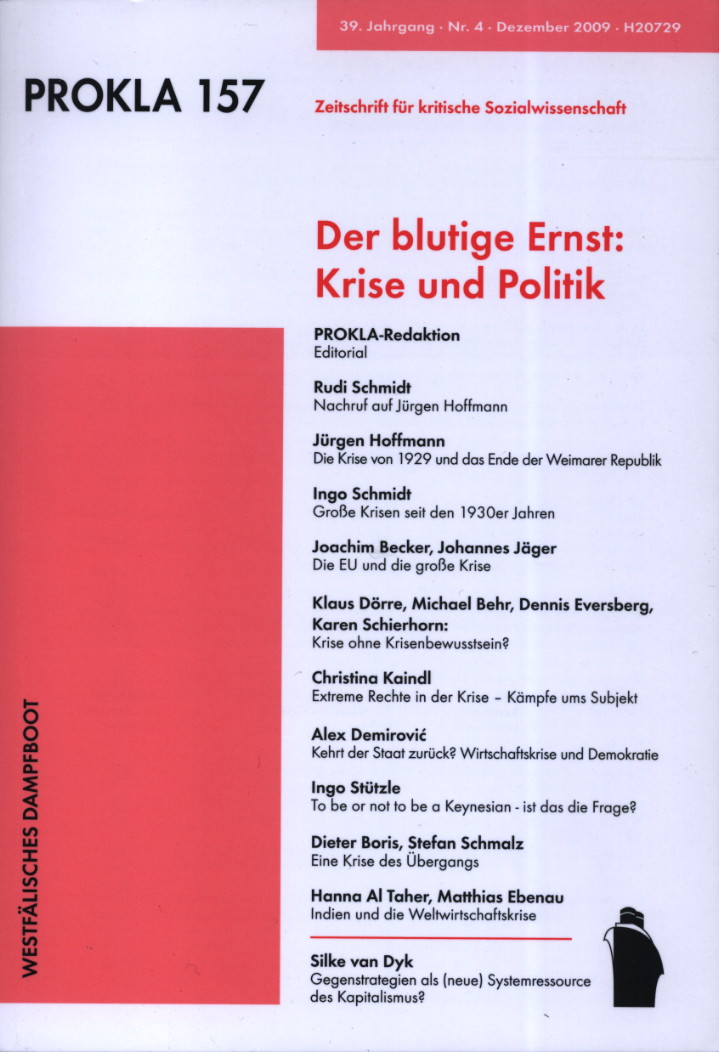