In the Euro crisis, there is a significant shift in state-society relations and representative democracy: The European ensemble of state apparatuses ‘hardens’ due to authoritarian austerity measures and becomes less responsive to interests and conflicts within society. At the same time, social conflicts intensify especially in the European periphery as the precariousness of everyday life increases (e.g. evictions, unemployment, and poverty). The article argues that critical European integration research has been unable to develop strategic responses to this situation, because it neglects resistance as well as strategic and structural selectivities of state apparatuses. It in consequence develops a conservative stance: to defend ‘really existing’ democracy. Taking the Spanish protests against austerity and everyday crises (e.g. 15-M) as a case study the article shows that a more progressive answer to the current crisis is possible and necessary: a radical reformism that aims beyond state, capitalism and representative democracy. 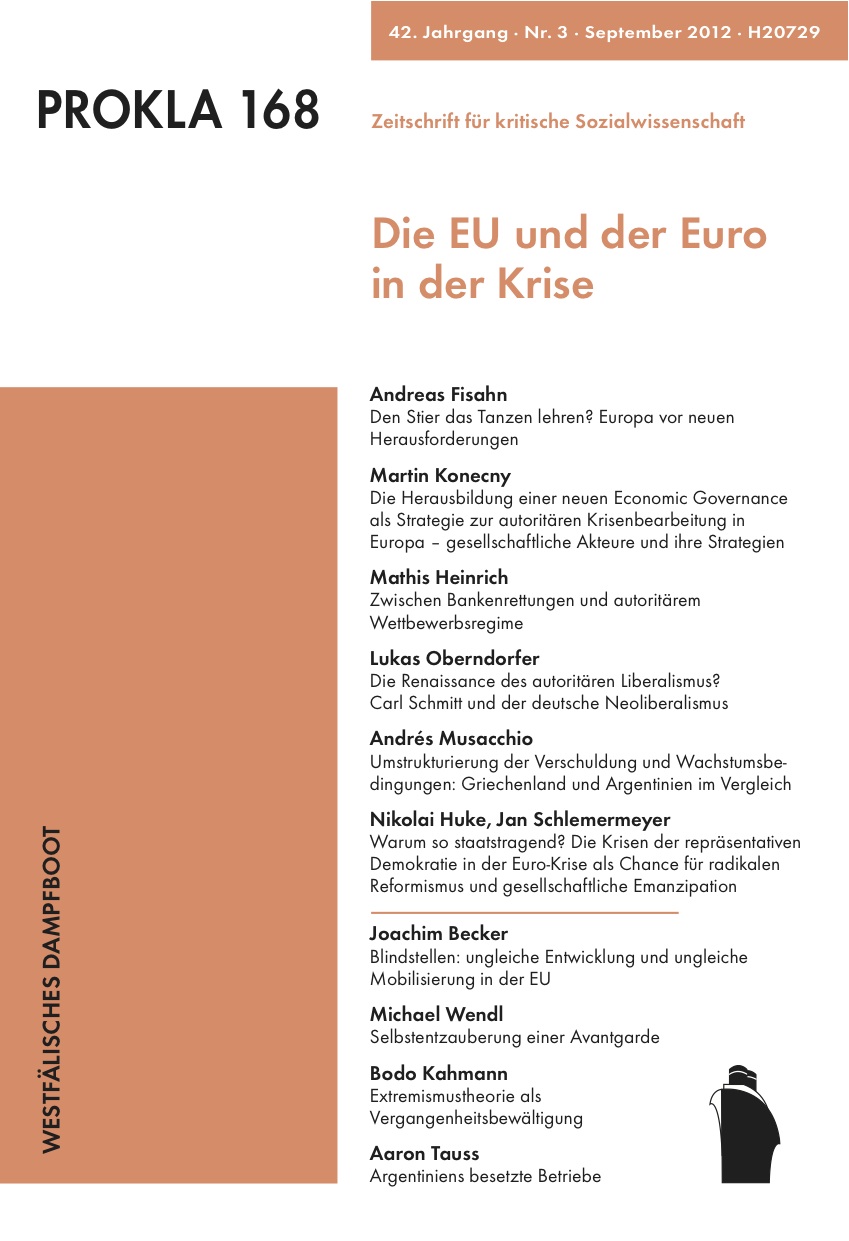