With the opening of marriage for same-sex couples, respectively the institution of ‘gay marriage’ as a special law, attracting all media attention, the alternative family models debated in the 1990’s have disappeared from view – even though these debates were intense, and it was not at all clear that ‘gay marriage’ would gain acceptance. As even in recent scientific literature the alternative family models are hardly considered, they will be brought into focus here. The following article centers on the model of a ‘family of choice’ and the French PACS as alternatives to same-sex marriage. 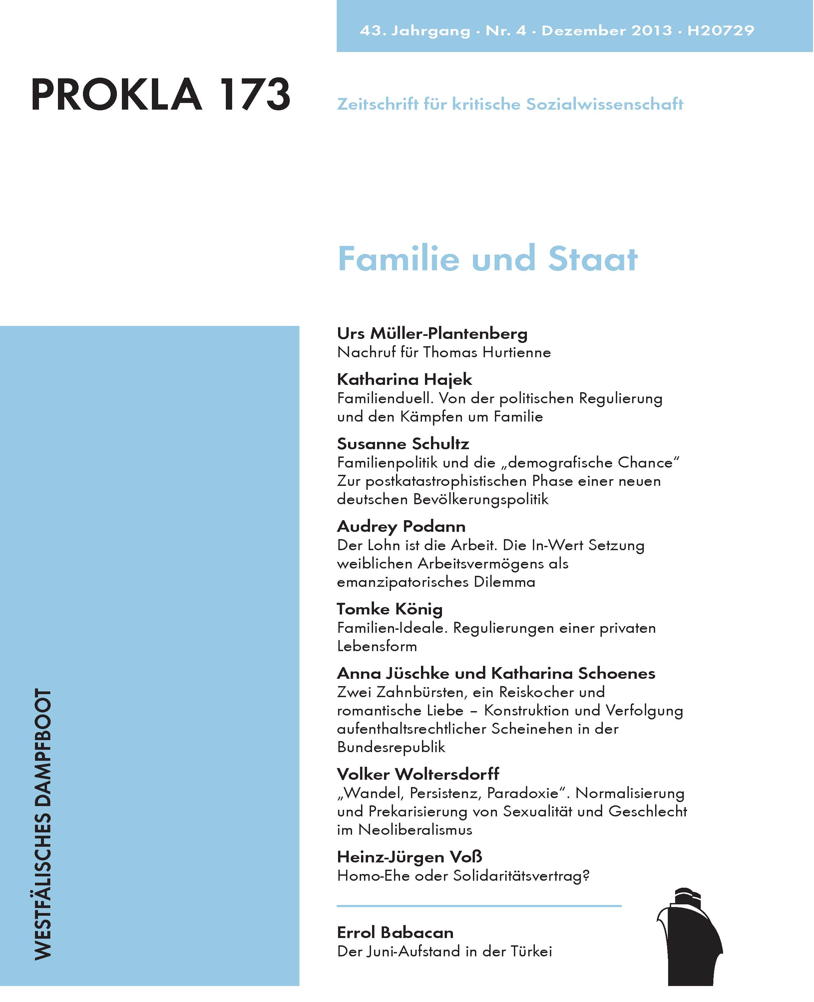