As soon as about 1900, the german electrical industry was seen by many contemporaries as the prototype of future capitalist concentration. Indeed, the two great enterprises of this period, Siemens and AEG, seemed to represent such an overwhelming power that potential founders would be discouraged for ever. The following decades showed a much more contradictory development, as there occured several waves of enterprise foundations and the decline of one of the giants. Also, means which would contribute to the strength of a corporation at some time, could reveal as weaknesses in another period. 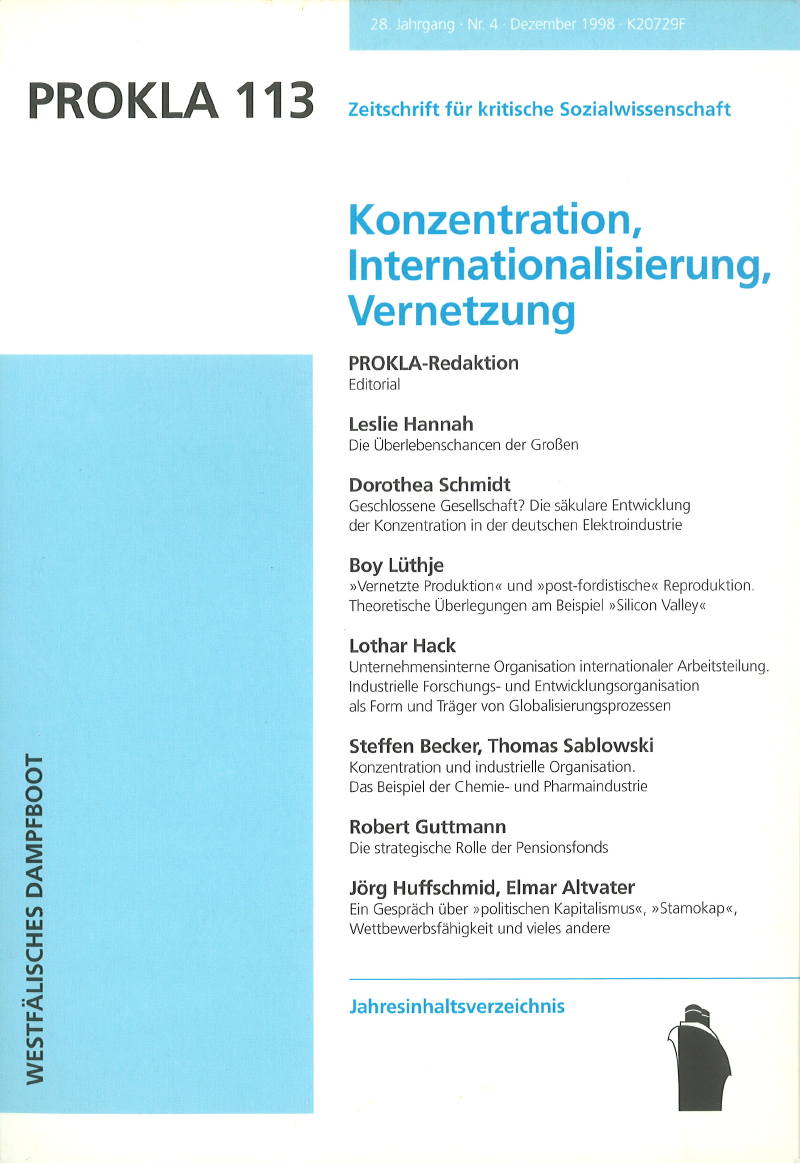