In the last century, science was not only a dominant factor in society, but helped also to create incredible weapon arsenals: Nuclear weapons, radar, computers, operations research, missiles, lasers have been established for warfare purposes Ieading to a narrow relationship between national security and science, especially in the United States. Scientists not only made scientific discoveries, but were also instrumental in advising their governments to develop new weapons leading to an qualitative arms race that never stopped. On the other hand, scientists using their reputation, their international contacts and their knowledge helped to establish arms control regimes and disarmament to restrict or to ban the use of weapons of mass destruction. The speed of scientific progress and the proliferation of materials, knowledge and individuals seems not to slow down. New military applications based on scientific knowledge are likely: Computers, molecular biology, electronic communication, space technologies could also be put to evil purposes. Bio-weapons, information warfare, precision munitions, encryption etc. can support asymmetrical warfare but also be used as new powerful force multipliers. New ways to contro! cruel weapons uses have to be established in the new century. lt would be the responsibility of scientists to help mankind to ban new devasting weapon applications. 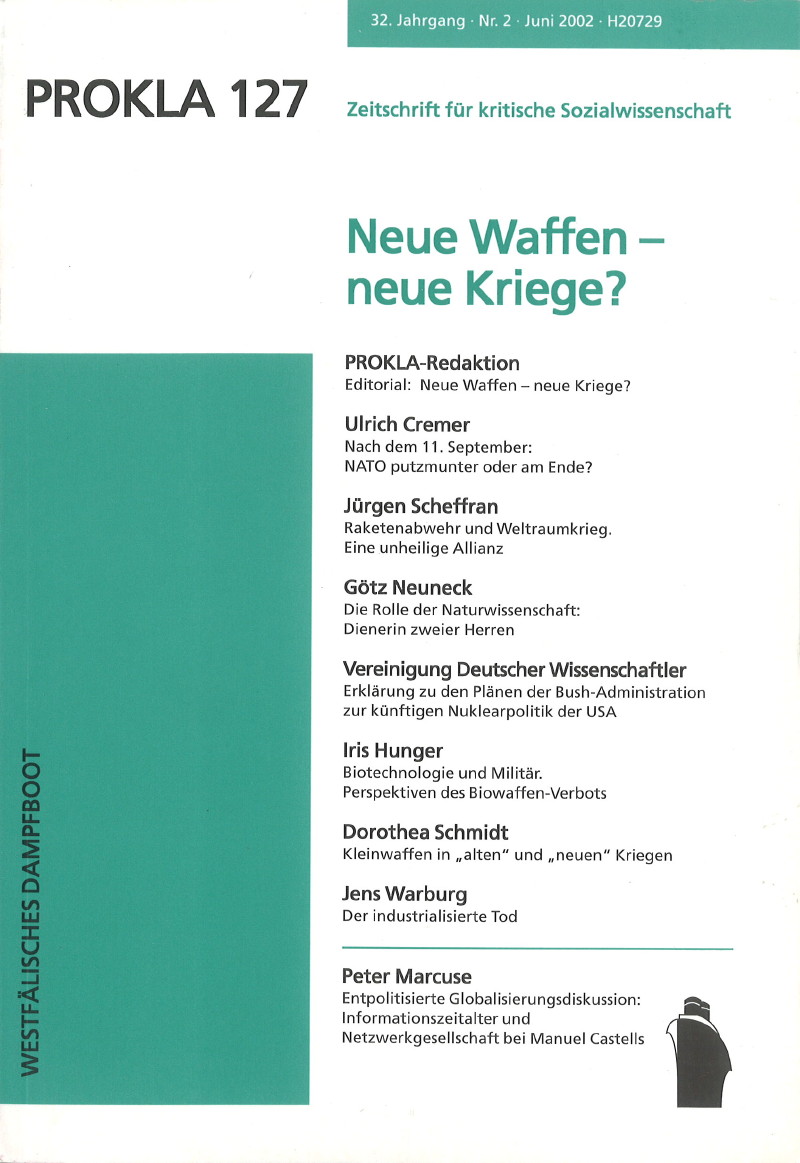