Over the last decades, the economic regime changed substantially. The world economy developed from a hegemonic monetary system to a multi-currency system with intensive currency competition. With the breakdown of the Bretton-Woods System the nominal exchange-rate anchor collapsed, capital controls were reduced substantially, dollarisation increased, current account imbalances and debt in foreign currency exploded. Last but not least, labour markets were deregulated and the nominal wage anchor for the price level weakened. All these factors will lead to an increased danger of a deflationary world economy in the future. 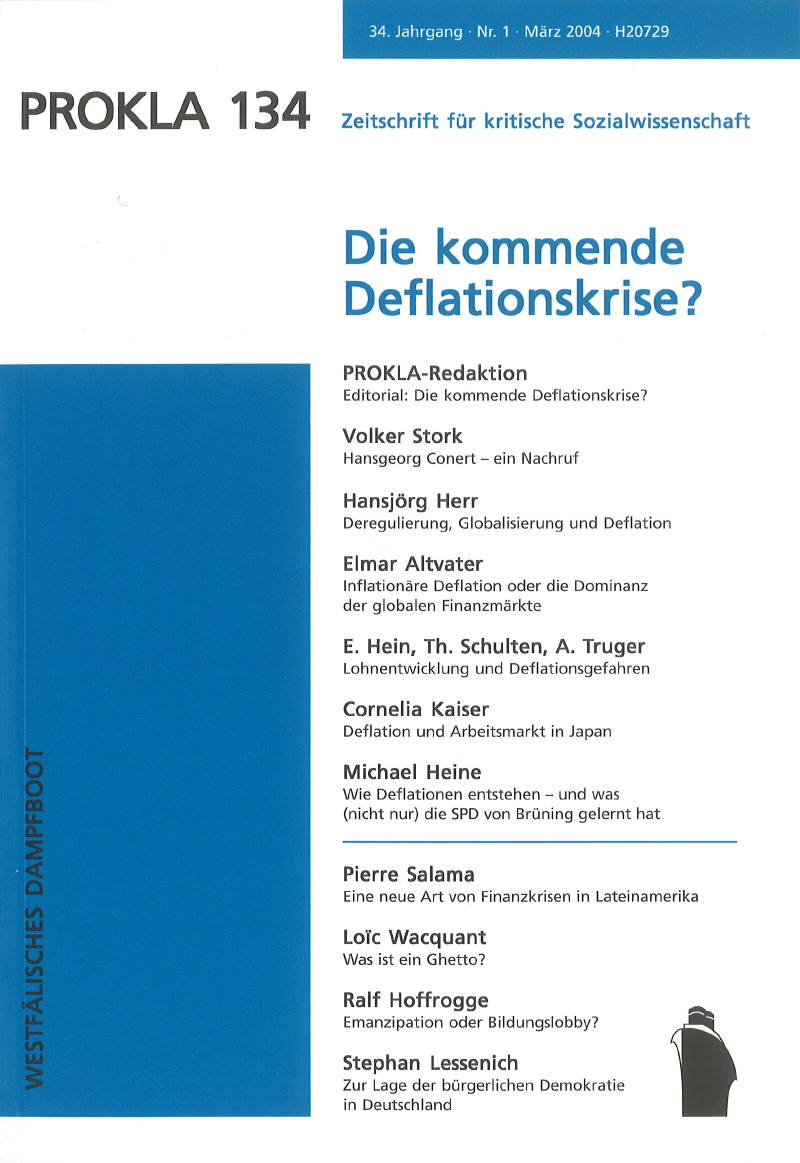