Starting from the deep financial and economic crisis, which took place in Argentina towards the end of 2001, the political, economical and societal reconstruction phases up to early 2005 are briefly summarized. Especially the government of Kirchner - in office since May 2003 - set new priorities in several fields of politics, e.g. human rights, the attitude towards the IMF and the foreign creditors, as well as foreign policy. Many structural elements and legacies of the neoliberal era, however, are still very present even three years after the collapse. In spite of the high growth rates in the last two years the reconstruction process has to be qualified as fragile and reversible. Compared to 2002 the social movements appear mainly weakened today. Whether the Kirchner government will succeed in establishing a more social and law abiding type of capitalism, remains to be seen, since a durable change of power relations in favour of progressive forces has not been realized. 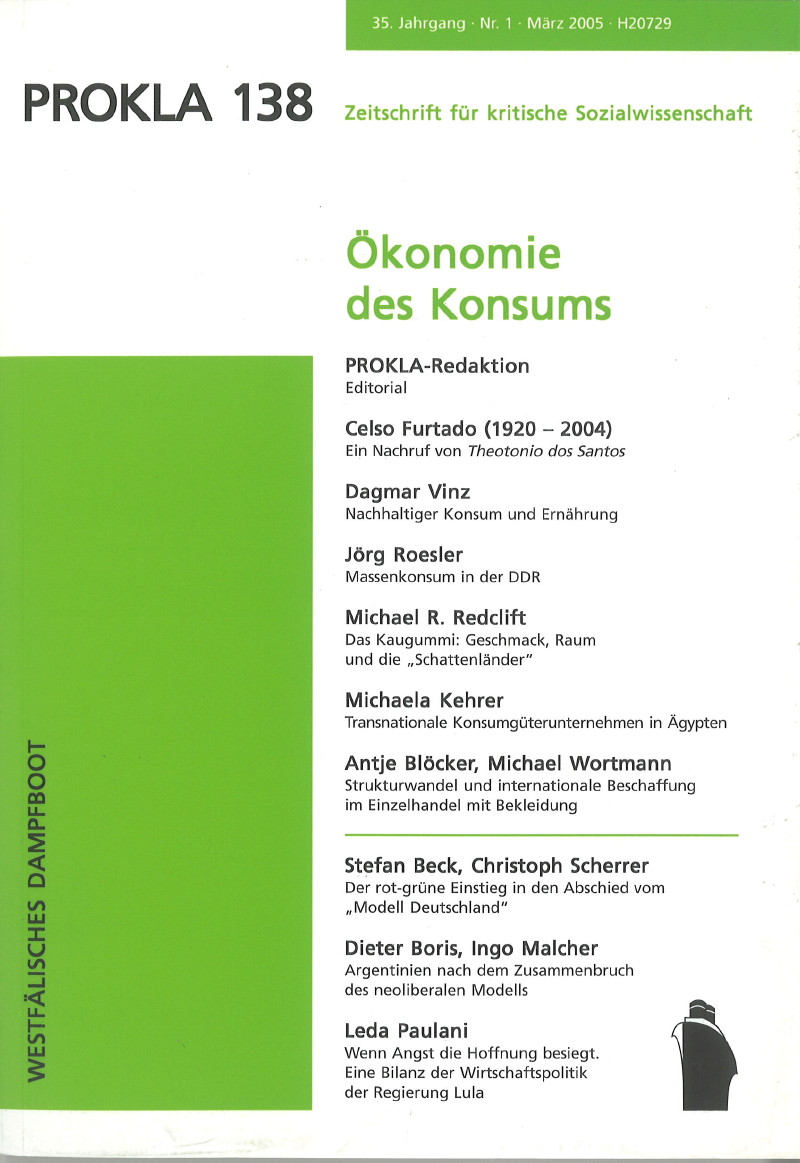