This article discusses the diagnosis of a rising 'neo-bourgeois' movement. Three different dimensions of 'Bürgerlichkeit' can be distinguished. The first is the historical idea of 'Bürgerlichkeit' as the starting point of all social theory. The second is the empirical rise of 'Bürgerlichkeit' as a strongly loaded concept in the self-description of mass medial actors, who deny the rights of the ‘underclass’ and the merit of the welfare state. The third is the idea of 'Bürgerlichkeit' in the Marxist sense of bourgeois, which is often used by the critiques of the mentioned discourse. A constructivist analysis shows that what has been recently discussed as the rise of a neo-bourgeois movement, can be described more precisely as a mass media phenomenon which does not necessarily find its correspondence in the social structure. 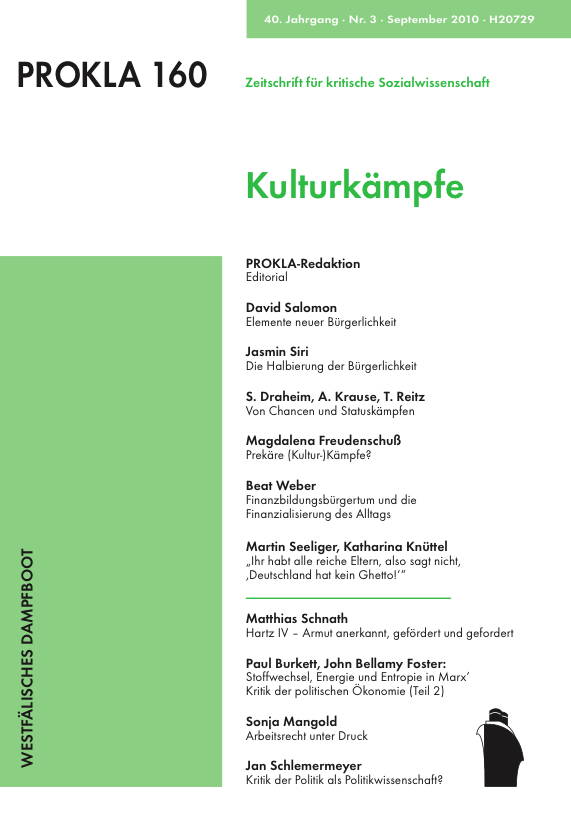