Researcher interested in social movements as well as political commentators agree that we have been witnessing a historically-specific cycle of global mobilizations since 2011. However, it seems much less clear what exactly political movements and uprising such as the Arab Spring, the European protests against austerity policies, and the US-Occupy movement have in common. This article takes the massive presence of movements in public spaces as a point of departure, and analyzes the global cycle of protests through an urban lense. Arguing that the process of neo-liberalization, the austerity measures aiming at the management of the current crisis, and people’s responses on the streets’ are strongly articulated through urban space, the article discusses similarities and differences between movements in various regional contexts. 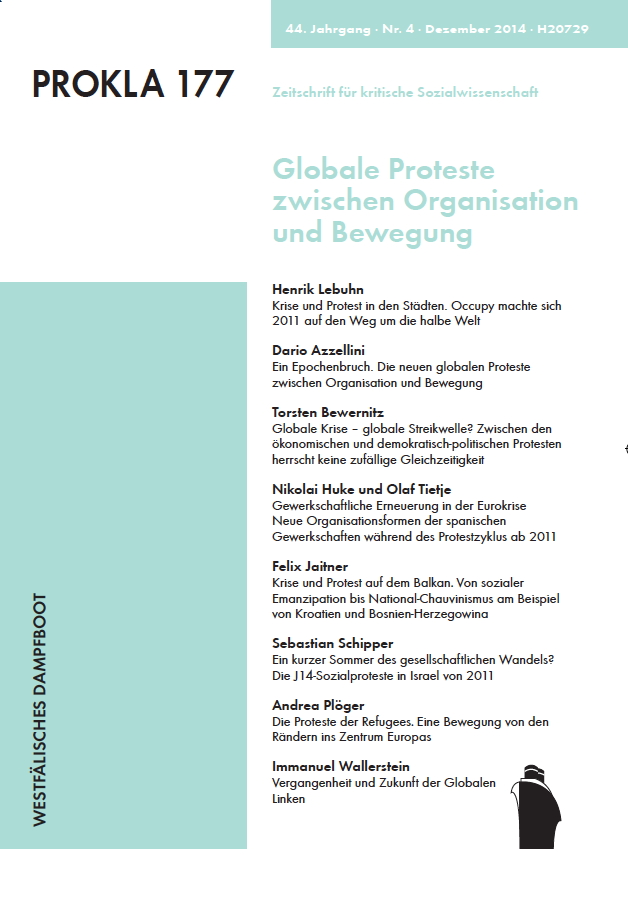