In analyzing the signs of the times in advanced democratic capitalism, it is pressing for a Marxist left to take into account the motivational structures of the dominated classes. Marxists tend to attribute the current rise of nationalist and authoritarian thinking and the recurrent dominance of protectionist and exclusionary practices to internal struggles in the ruling classes, leading to a split-off of the most reactionary class fractions who in turn successfully address the populace with a racist and pseudo-social semantic and programmatic. But what if such a programmatic is not only a class strategy “from above” and not external to the “actual” social imaginary of the dominated classes? What if at least major parts of the dominated in the rich capitalist societies of Europe and North America may be said to have an (“objective”) interest in sticking to what is given and to opt against solidarity – because they know or at least suspect that, at the end of the day, they profit from the structures of inequality that over decades have been established in global capitalism? What if we admit that, today, the proletarians have more to lose than only their chains? To be sure, class analysis (and, as it were, class struggle) becomes a much harder business then. 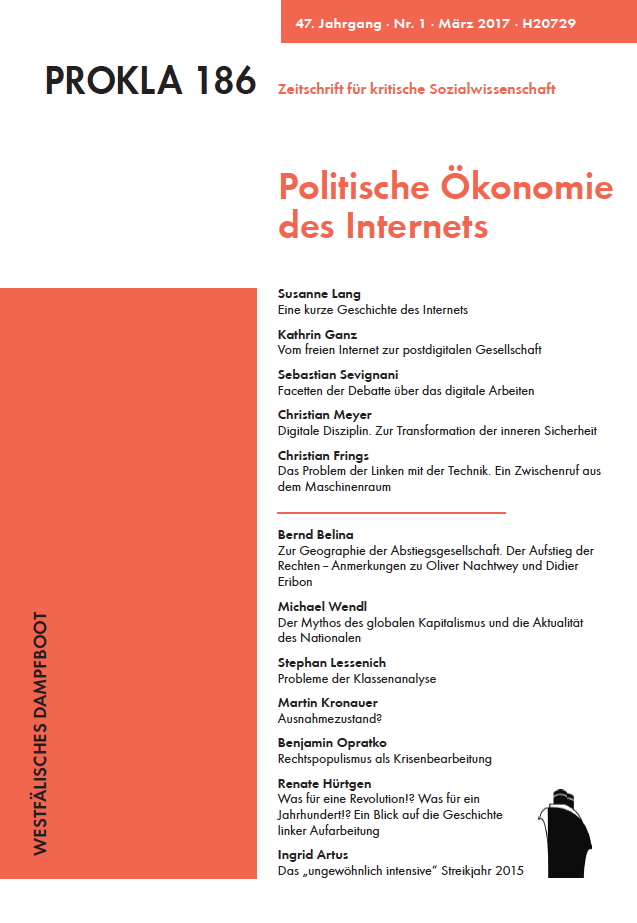