In a situation when high demands were made on the skills and work performances of East German workers and when they could expect little reward for it in the form of job security and high wages, they startcd to define themselves increasingly in contrast to the image they produced of West Germans in general. More and more East Germans characterize the West Germans as socially isolated, obsessed by their work, unable to share and indifferent towards the development of the GDR. The interpretations and views collected while doing fieldword in three enterprises in East Berlin since May 1990 are the basis for analysing how the image of the market as a truely honest and objective system changed since the fall of the wall and how the East Germans reacted to the Western stereotype of the lazy Ossy (East German). 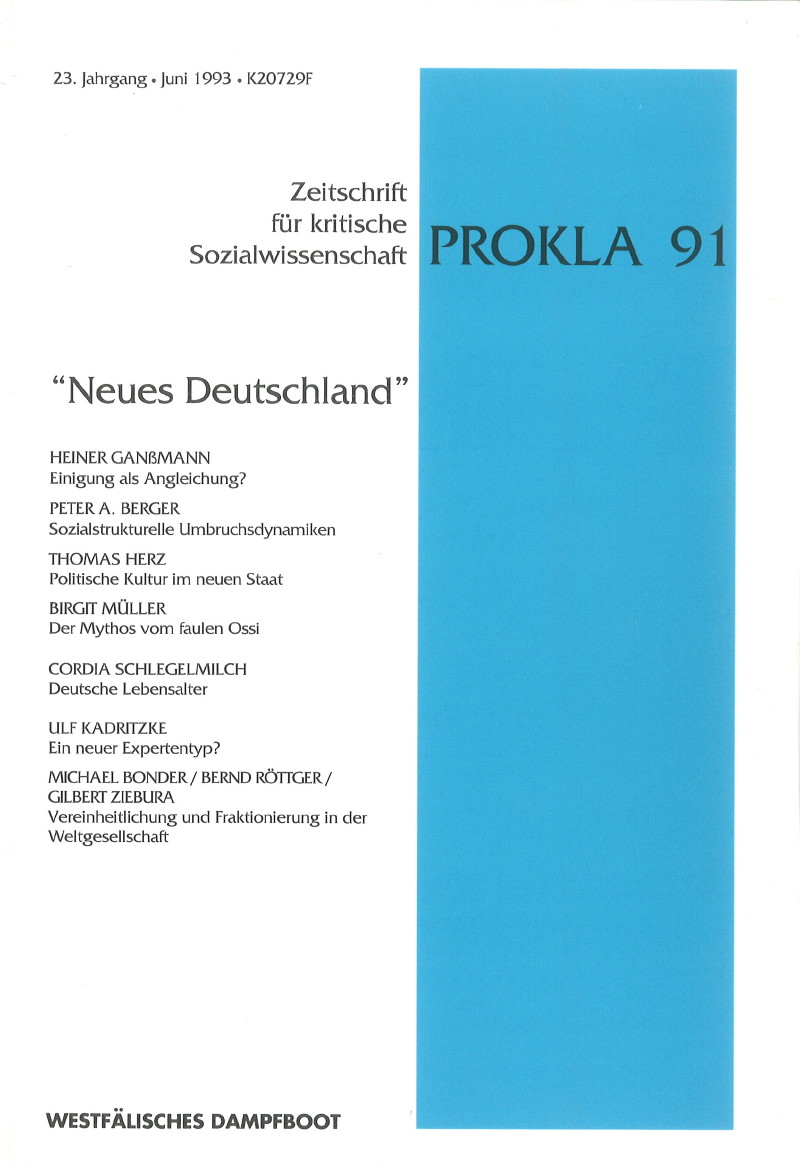