Due to rising unemployment in many European countries and the far spread view that this is linked to the crisis of the welfare state, tripartite co-operations arose between government, unions and employer associations recently, Promotion of international competitiveness, consolidation of public finances and reduction of unemployment are the three main political goals, which are considered to be the new consensus between the actors, This consensns arose because of the unions' adaptation to key positions of the other actors' analysis and it is widely held to be an expression for the overcoming of unions' heavily discussed crisis, With the Dutch polder model, which is celebrated as a successful prototype of a consensus model, one can illustrate that the assumed consensus is much more ambivalent and fragile than the current debate suggests, It is possible to demonstrate on the basis of Foucault's governmentality studies that the creation of the supply side consensus is not an expression of reason and responsibility, Instead, due to the unequal distribution of power and rule some actors manage to implement their interpretations of the world as being ,true'. 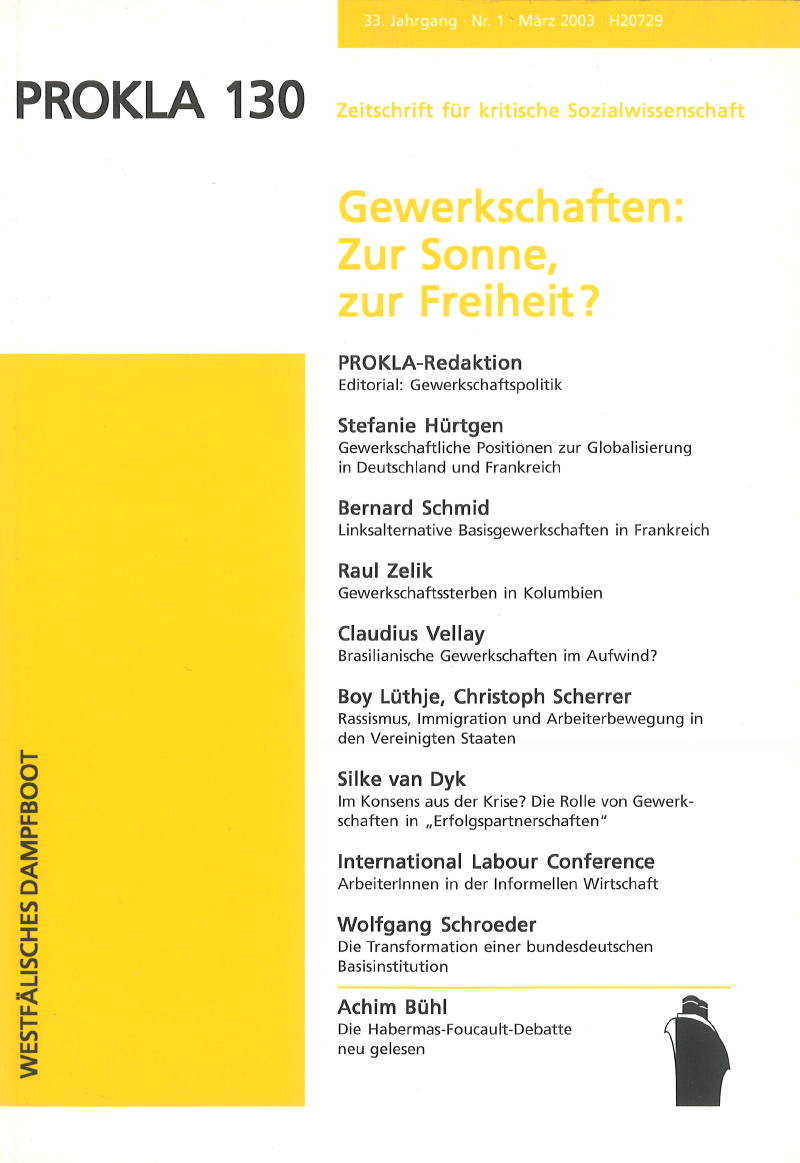