The colonization of Korea by imperialist Japan between 1910 and 1945 has created a colonial consciousness that even after decolonization is still an influential factor in determining the guiding principles of Korean society and the images Koreans have from themselves. For postcolonial studies, the special issue of the colonization of Korea is that one Asian country has been colonized by another one. Even though eurocentrism has an important role in this context, because the colonizing country, Japan of the Meiji times, already was following a European model of development. An analysis of the works of authors like Lee Kwangsu, Dassuo Mitarei and the Japanese propaganda as well as of more contemporary cultural phenomena in Korea shows that reaching high levels in the process of modernization continuously is at the center of the general orientation since the times of colonization. 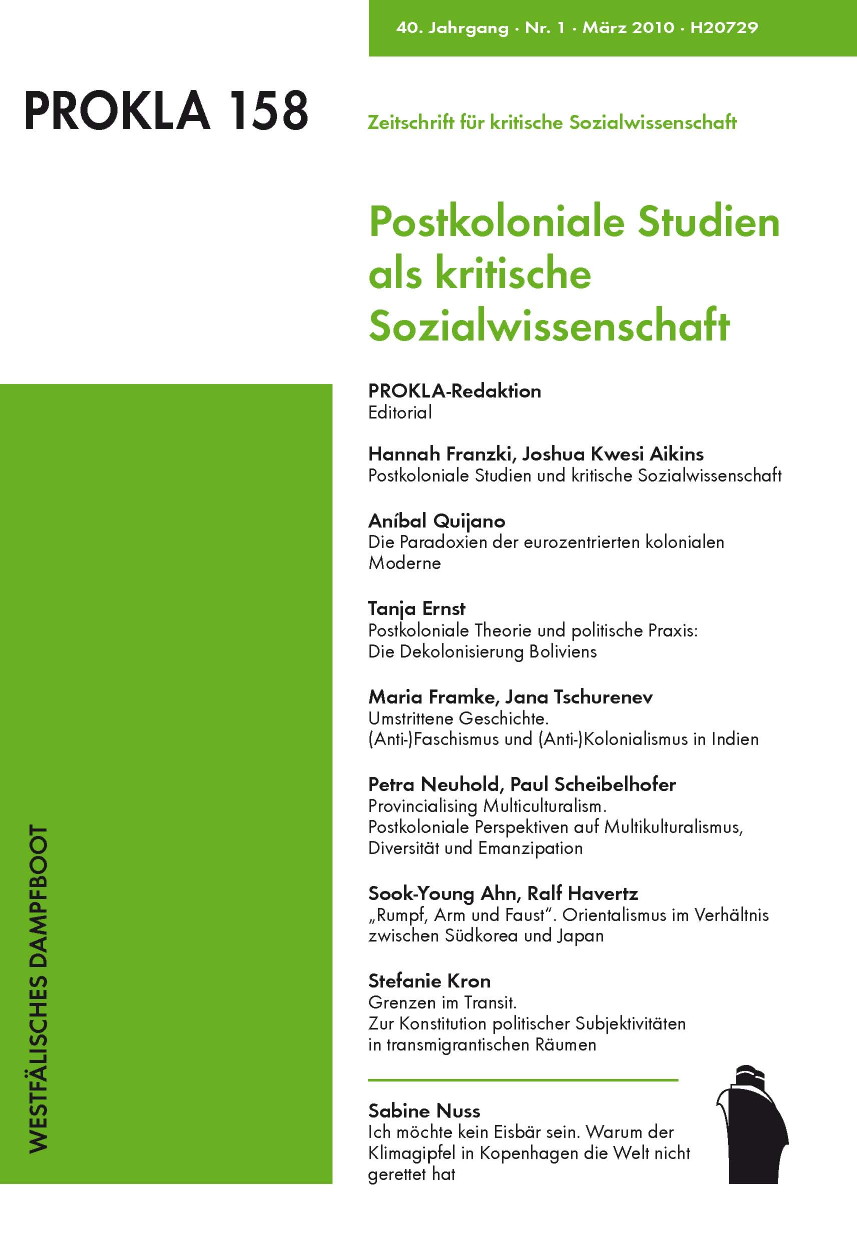