His recently published book on the economic crisis Wolfgang Streeck, one of the advisors of the former chancellor Gerhard Schröder, is a harsh critique of the trajectory of economic policies parties in Germany followed since the late sixties. The article discusses the arguments and proves the contradictions in Streecks approach. Streecks argues that mass support of the welfare state capitalism in the early seventies eroded. Capital withdrew its trust in democratic capitalism as the compromise between social classes. Thus an unexpected crisis of legitimation began. The state under the leading role of social democratic parties started with measures to ensure the loyalty of the working class but failed in a specific way. Crisis management led to crises on a higher level. Streecks approach claims to be critical. But nevertheless it doesn’t draw the necessary consequences, i.e. a critique of the social democracy that finally turns out to fail as a project: crisis management leads to the recent crisis of the EU and the monetary union. His recommendations: to go back to the ruins of the welfare state are not convincing. The book shows that social democracy confronted with the results of its own policies is perplexed. 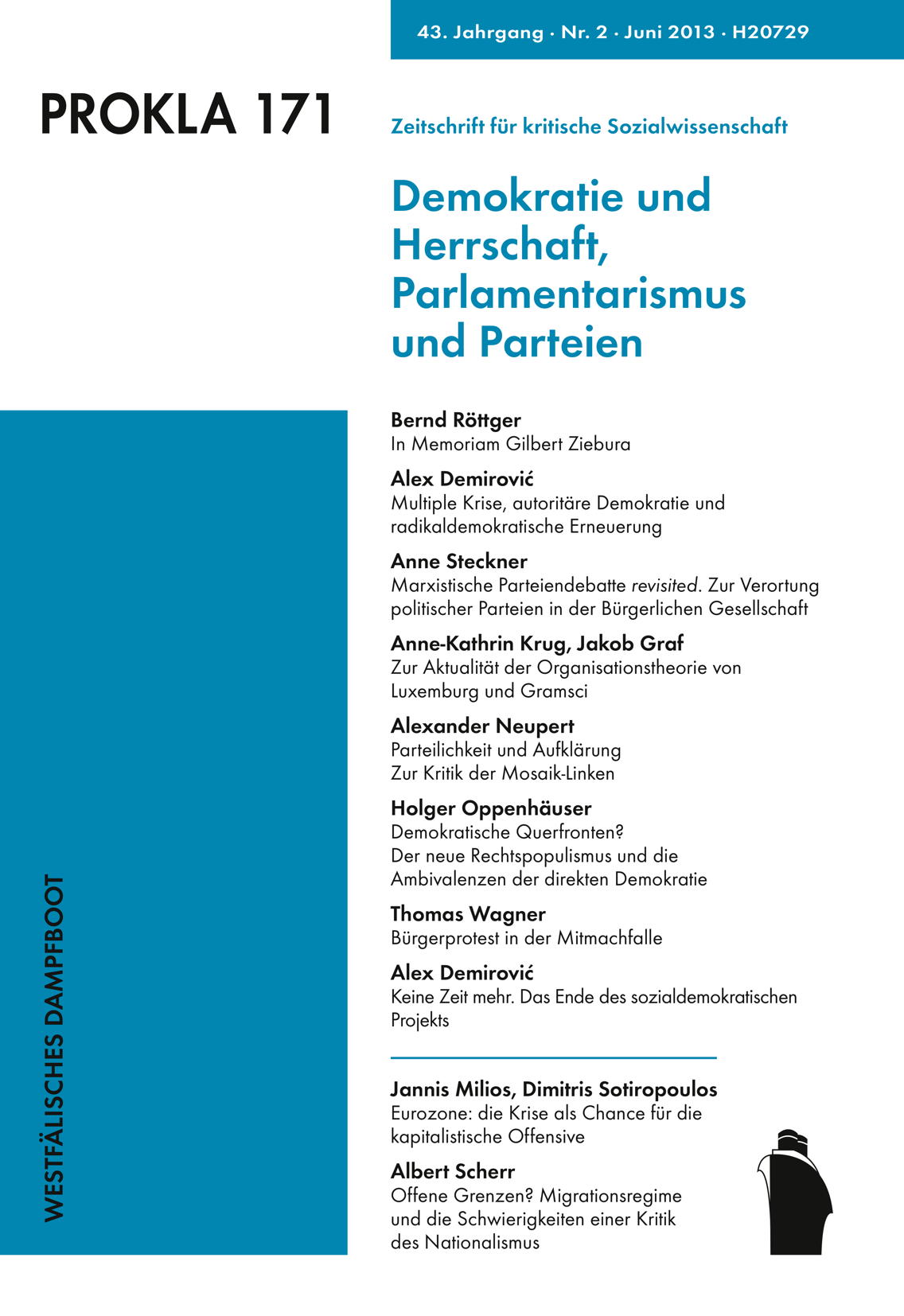