In 1921, Walter Benjamin wrote his seminal essay on “Capitalism as Religion” stating that capitalism is purely cultic, while missing elements of dogmatics, transcendence, and salvation. In recent years this text has received renewed attention. In his article, Andreas Arndt presents a short review of the recent debate and, unlike other authors, emphasizes that Benjamin refers more to anti-capitalist literary work and apocalyptic visions than to a marxist notion of capitalism and a framework of political economy. 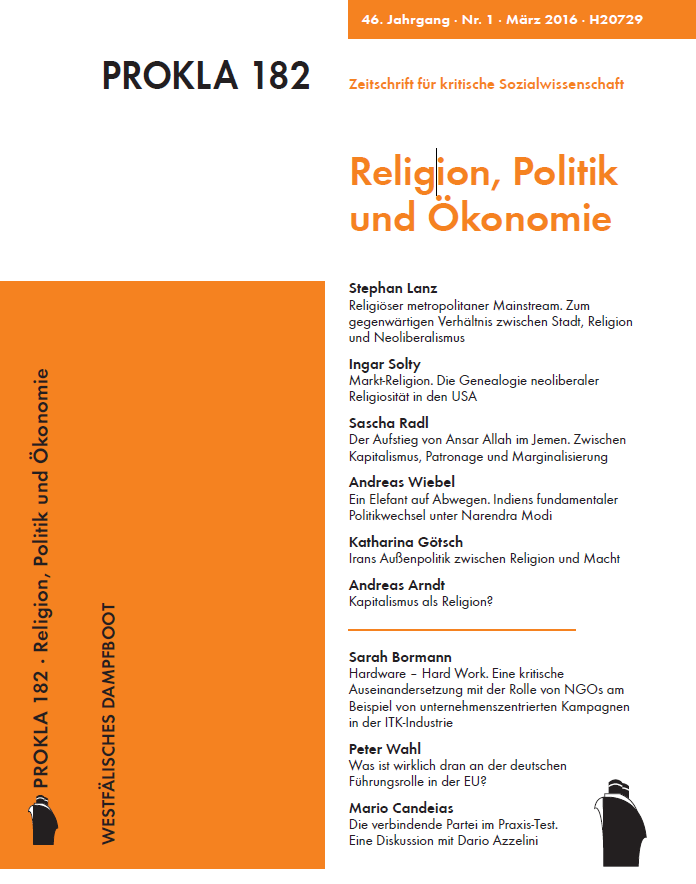